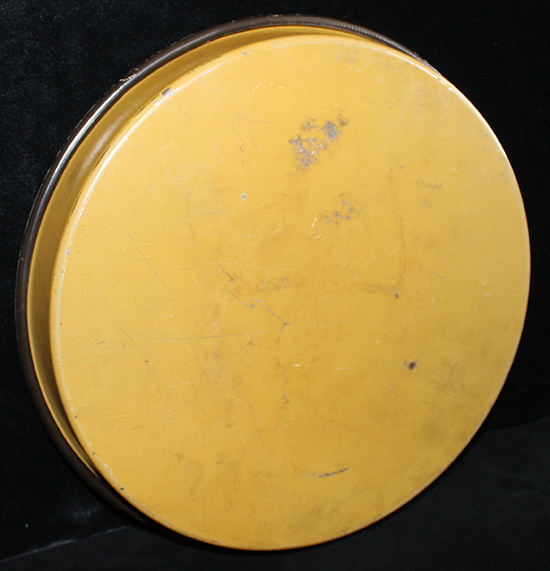 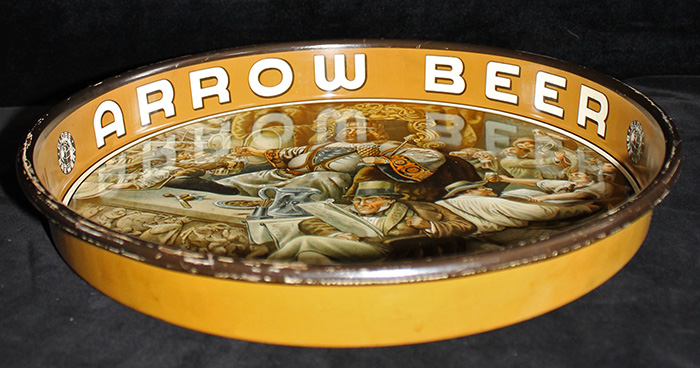 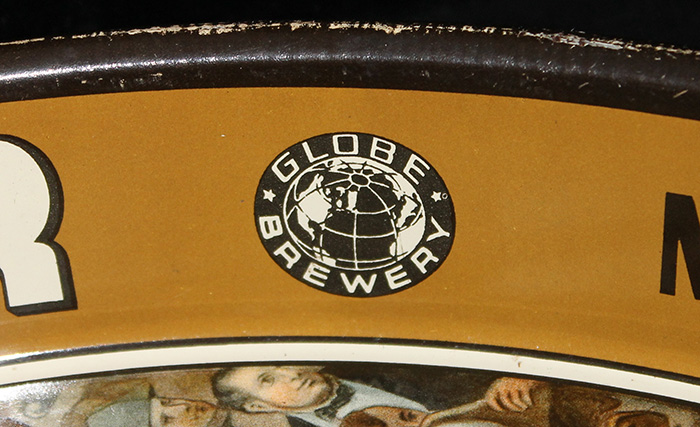 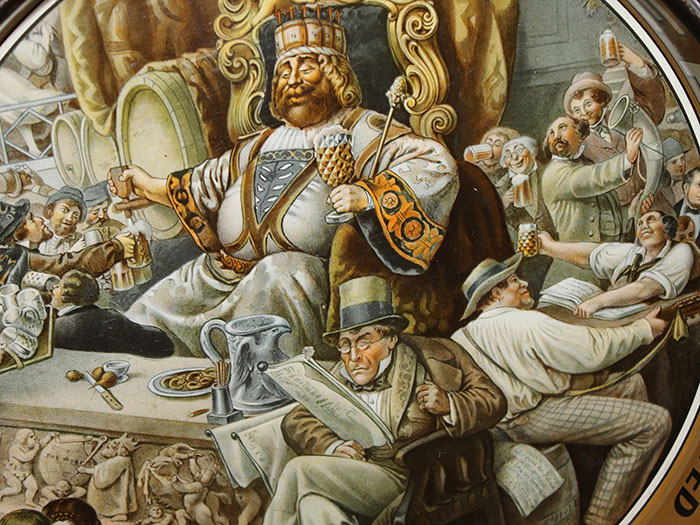 ARTIFACT: Great circa 1935 Arrow Beer Gambrinus Cartoon Lithograph Serving Tray issued by the Globe Brewery in Baltimore. Loaded with political jibes of the day, this just post-prohibition beer tray from Maryland reads: ōSTRENGTHENED BY REPEALö. The center of the tray features King Gambrinus, also known as the patron of beer and brewing, he is depicted here filling a stein. The King is surrounded by approximately 15 other characters, including ōMr. Dryö who represents the prohibitionist and is seated in the front reading a newspaper and wearing a sour face and top hat. This lithograph tray was issued for Arrow Beer by the Globe Brewery, originally located on South Hanover Street it was built over as part of BaltimoreÆs Inner Harbor. The inner edge of the tray reads: ōARROW BEER ¢ MELLOWED BY NATUREģSTRENGTHENED BY REPEALö the Globe Brewery logo is on each side also. The base of the tray reads: ōGAMBRINUS KING OF LAGERö.

ITEM NOTES: This is from an advertising collection which we will be listing more of over the next few months. VCJX15 LHEX15 SLIJX4/15 SeABJX6/16

CONDITION: 8+ (Excellent): Tray shows minor wear, moderate wear on edges and a few spots of wear/oxidation on reverse, nearly all the lithograph colors remain fully intact and colors are bright

GUARANTEE: As with all my items, this piece is guaranteed original.